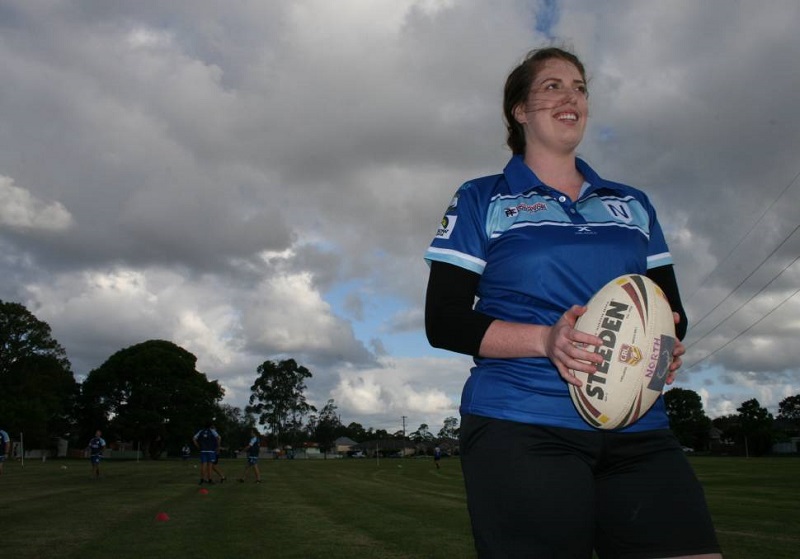 As a child watching her brother go around at Woodberry, later helping out at Newcastle University men’s training and more recently on the field herself with North Newcastle.

But just 12 months after making her own playing debut in the sport, the 24-year-old St George-Illawarra Dragons supporter will take another significant step in 2018.

Cramp has been appointed coach of the North Newcastle women’s team, who are preparing to take part in the inaugural Country Rugby League-backed all-female Central Hunter Combined Competition from next month.

Both “nervous and excited” about taking up the historic position, believed to be one of the first females to coach a women’s rugby league club squad in this region, Cramp has already identified her biggest challenge.

“Being a leader,” she said.

“It’s always tough to try and get along with everyone but also say hey, we’ve got to do this now and get stuck in. That’s the hardest part between being a leader and being a friend. It’s really hard to differentiate yourself.

This year that same women’s team tackles the same competition, but will simply be known as Newcastle.

It means the North Newcastle club side will feed into those representative ranks along with fellow senior women’s squads from the new-look, 13-a-side, tackle competition.

Glendale, Cardiff, Stockton, Waratah, Maitland United and Berkeley Vale are the others entered in the Central Hunter Combined Competition, which starts April 7.

“In our group chat we have 18 players at the moment, which is enough for a team and a bench,” Cramp said.

“We’ve got girls who have played since they were five and others who have never touched a ball in their lives, so it’s a big range.

“We’ll be going back to basics and keeping it as simple as possible. That way we can try to get the balance right between girls who are here to learn and have fun, and those that want to progress and play better football.

“Some girls in the rep team won’t get picked some weeks and they’ll come back and play for us.”

Cramp, who came across North Newcastle by chance last year at a strapping seminar, enjoyed her maiden campaign.

“I loved it,” she said. “I’ve still got a lot to learn. You can know as much as you want, but it’s completely different once you’re on the field.”